Do music journalists really give us what they really think?

Music taste can only be determined by the individual, for that individual. Subjectivity creates the notions of “good” or “bad” music for a person. This is beautiful. Though one may disagree with another’s taste, they find value in that they can be confident in their own specific taste that is right for them.

That being said, the subjectivity of music taste is vitally important because it allows us to hear both sides of the story. We can hear all sorts of differing opinions of a work from people with differing experiences and beliefs. We may not agree with every opinion we hear, but we form a basis for why we love the music that we love based on our agreements/disagreements with any other person’s opinion.

In the light of this arises the question: why do music reviews today from the major music websites feature only optimistic, ‘let’s-just-tell-only-what’s-good-about-the-record’ assessments?

If a music critic is optimistic, that should be admired, because he is willing to give any record its fair chance; but today it is arguable music reviews from Rollingstone, The Guardian, Billboard, The New York and LA Times offer hugely neutered if not zero negative comments on new album releases.

Negative feedback should never be given with malicious intent. It is valuable feedback when it can be an honest appraisal of a work to provoke actions by the artists to better their artform and to keep that artist’s audience willing to consciously question what they hear. The critic giving harsh comments may be right or wrong, but whichever the case, his opinion is still valuable and should be questioned by the reader itself.

Music journalists should praise artists for their achievements on a record, but they should also be willing to expose the artists’ shortcomings for the sake of their own honesty.

What progress has ever been made without upset? A critic’s job is to challenge its reader.

For the sake of better music, critics should be more open to discussing the highs and lows of a work, while still maintaining a professionalism and respect for the artist as another human being.

Rollingstone’s review of Taylor Swift’s album “1989” is written entirely descriptive and positive. After closely inspecting it, the reader can easily determine there are ZERO comments that are negative about the album. The record may be a 10/10, it may be a 1/10; but whichever the case it is a record made by a human who, like every other human, makes mistakes.

Rollingstone’s optimistic portrayal of the record is at first warming but ultimately just a romanticism of the work. They fail to mention any cases in which the album could be unsatisfying. Maybe “1989” is just that good that there isn’t anything bad to be said about it. Maybe Rollingstone just doesn’t want to paint themselves as elitist ‘taste-maker’ cynics because they know that attitude doesn’t appeal to the broadest audience possible.

Who knows? You decide. Take a look for yourself here: http://www.rollingstone.com/music/albumreviews/taylor-swift-1989-20141024

The New York Times’ review of “1989” proves to be better. The author takes on the same optimistic tone and provides the ups of the record as well as the context in which it was made. Though the review in some cases opts to, instead of saying something positive or negative, take a politically correct route by simply describing the tracks for what they literally are.

The most negative comment in the entire article was: “…the songs where she sounds the least jaded — “How You Get the Girl,” “Welcome to New York” — are among the least effective.”

It’s just difficult to imagine that’s how the reviewer really feels about those tracks. ‘Least effective?’ What could that possibly mean? Why are they the least effective? Did the author absolutely loathe those tracks but use that phrase ‘least effective’ to avoid offending Swift’s fans? Or does the author actually really think those tracks are very valuable, but just not up to par with the rest of the record? You can decide here: http://www.nytimes.com/2014/10/26/arts/music/taylor-swift-1989-new-album-review.html?_r=0

The Guardian’s review nearly seems like a paraphrased version of the New York Times’. The content and message is nearly exactly the same. If there is criticism, it is neutered. It either tells the pros of the record or merely describes it. http://www.theguardian.com/music/2014/oct/24/taylor-swift-1989-review

Here are some more reviews of “1989” from big names with virtually identical content:

The New York Daily News becomes a little closer to an ideal review. It is an outright negative review, but that is not what makes it a better review. It’s the fact that it has a boldness to acknowledge the negatives without watering them down. One could argue though this review doesn’t acknowledge the positives enough of “1989”; which in all honesty it doesn’t. It’s very cynical. This review should be admired by their courage to say what was wrong with the album, but at the same time, that sense of looking at the music with an optimistic lens apparent in the previous reviews is needed here to provide more credibility to the author. http://www.nydailynews.com/entertainment/music/taylor-swift-1989-album-review-article-1.1984691

Overall, does giving criticism in today’s music era need to be less politically correct? Does it need to be less about facts and more about ideas? Will it, in the long run, facilitate artistic growth? Do reviews need to take account for the ‘good’ and ‘bad’ qualities of a record with equal consideration?

Or is criticism just a waste of time that only causes unneeded hate? Should the public even care this much about music? You decide. 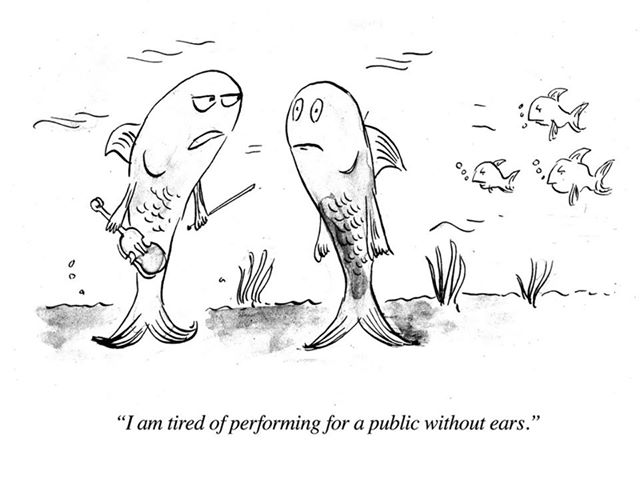