Today, Americans listen to anything they want.

Mediums such as Spotify, YouTube, and their peer companies allow free access to nearly all of recorded musical history and this has been gradually becoming the precedent for future generations of music fans.

Accessibility to all music has its pros and cons. The ability to hear diverse sounds that one might never be turned onto otherwise is the most substantial advantage. Others include the power to play music when and where ever the user desires. These prove to be heavenly features modern mediums provide us.

But is complete accessibility always beneficial for a listener? Does it affect how much they appreciate music as art?

With the ability to listen to any track, the notion of the album becomes, in terms of the broad scope of listners, irrelevant. Listener’s over the years have been conditioned, by their all-encompassing accessibility, to not desire to comprehend an artist’s work in full. When it’s easy to listen to what we want, and when we succumb to our “need” of instant gratification, we tend to satisfy ourselves with that specific hit we love, for a means of our entertainment.

Entertainment holds quite a warm place in the human heart, but does entertainment always reflect a mature view of human emotion? The point I try to make is that modern media attempts to place “value” on works that entertain, and entertain only, rather than works that affect the human soul as pieces of art.

The oversaturated online libraries within easy reach allow a sense of urgency that make listeners forget what it’s like to just sit down alone by a fireplace with a glass of wine, spinning their favorite record in its entirety, being covered all over by the atmosphere of that artist they love and filled with a sense of emotional value.

Sentimental moments such as those never have the oppurtunity to occur today because the listener had already listened to some of that artist’s hits along with irritating commericals on the car ride home from work.

Do Americans not appreciate music as much today because they aren’t willing to give themselves over to the full experience that the art was intended to create? Do Americans not want to sit alone in a musical atmosphere for forty-ish minutes and reflect on their ideas every once in a while? 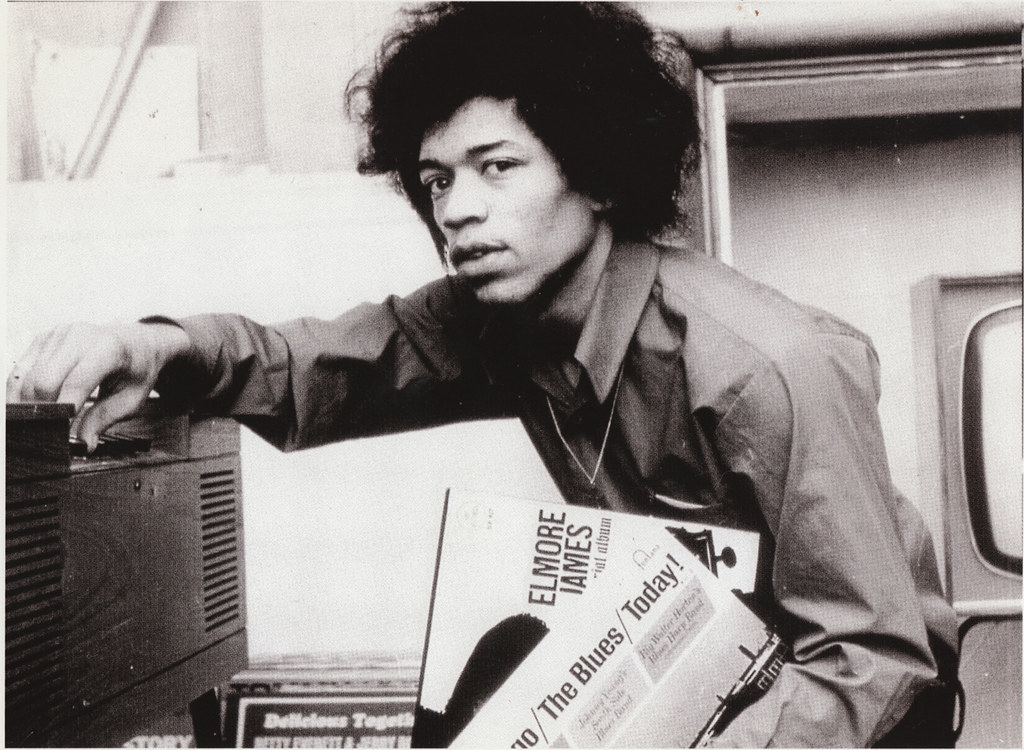 If modern Americans do not care about music as much as former generations, would it be because cheap entertainment has become more prominent than expressive musical artistry in the majority of casual listeners’ daily lives? Ask yourself, does the top 40 in general over the past decade reflect intentions of appeasing the human urge to instantly gratify themselves on the aesthetic values of music or does it reflect intentions of providing a deep human to human connection based in a marriage of both the aeshetic and contential values?

Maybe, if previous generations cared more, it was because they purchased and actually owned their music. They could access the art that meant something to them by paying with money that they worked for. The art possessed not only an emotional value, but a specific monetary value. People, because they had paid for it, made more conscious efforts to enjoy and analyze the record and “get their money’s worth” so to speak. This, as the listener’s record collection grew, would be a basis for which music they thought was valuable and why they did or didn’t.

Paying for the music drives the urge to give more attention to the art that was just bought. Whether the attention is positive or negative, the listener, for the sake of knowing the value of what they purchased, actively listens to the work.

From the listener’s perspective, music being free and omnipresent is something truly divine; but what listeners cannot see is the ways in which powerful artists financially lose resources to create better work, the ways valuable sentimental moments become less and less likely to occur, and the ways commercial media, that romanticises well-produced, yet mediocre “appeasements” of shallow sentiment, devalues credible artwork. Despite having made records with more substantial subject matter, eastern textures, and experimental production on their previous two records “Rubber Soul” and “Revolver,” the Beatles were still largely seen solely as the divinely charming pop-performers of the English world. They carried the images of uninhibited fun, youthful energy, cheap-sentiment, and teenage love.

These images along with their compelling personalities were limiting them artistically and these images are why the Beatles’ fans prior to “Rubber Soul” listened. Their fans for a large part wanted to be entertained; they didn’t want to have to critically interpret a work of art. In June 1967, the world’s most powerful POP group would deliver a record devoid of any pop sensibilities altogether; they would deliver a work of art, and art solely.

When making or performing music does being authentic matter?

Though it’s difficult to compare any of these artists, what is it that they all have in common?

Let us not discuss which of these artists make “good” or “bad” music because that is subjective and ultimately decided by the listener; but lets discuss them concerning authenticity.

Each and every one of these artists are undeniably successful; but why?

One thing that they all share is the widely underestimated ability to have confidence in performing as themselves. Set the music aside for a moment. Just analyze the humans who made it.

They aren’t faking anything on that stage. They’re outrageously comfortable with how they sing, how they move, how they look into the eyes of their audience.

Do you think that Mick Jagger for one second takes any time to think what people might be thinking, good or bad, about his dance moves?

Do you think James Brown ever thinks he’s screaming past the point of musicality?

Do you think Taylor Swift ever questions the depth of her lyrics?

The answer is: of course not. They do what comes natural to them.

A major part of their performance success is that they do not question themselves. Ever.

Each of the artists from the list has a personality they are unashamed of in every way. Their music, whether “good” or “bad”, depicts their own personalities with accuracy, urgency, and reality. No one can argue that. What they create represents who they really are in their hearts.

To achieve authenticity as a musician is to first establish what YOU naturally love doing, hearing, playing, and singing. Then it is to build up a comfortability to act on your subconscious urges that call for certain musical actions to be taken that you might or might not feel embarrassed about taking.

If Lonnie Donegan couldn’t risk criticism by throwing his head back and wailing in all abandonment on British television, would we ever be blessed with the Beatles today?

To parallel this: if you couldn’t free yourself of your musical inhibitions, could your audience ever appreciate the depth and passion of your music?

In the end, be yourself, be proud, and be bold. All your favorite artists do that, so why not you?

It has been called a disruptive innovator for the music industry.

END_OF_DOCUMENT_TOKEN_TO_BE_REPLACED

1. Music is ALWAYS on their mind

2. They have an unbeatable work ethic

3. They understand the business

Your artist image resource : how to dress well as a musician

Every famous musician you can think of has something that makes them stand out, right? Think of the most influential bands/artists off the top of your head. What unique style do you see? Pinpointing how to dress well as a musician can be one of the most arduous tasks.

You might be wondering where to start: whether you are a boy or a girl, jazz, blues or rock musician. Just remember your image can start trends. Keep it simple and stick with a white t-shirt and jeans or go all out in a cocktail dress. Let us help with the process. Use this as a resource to your ultimate artist image:

And so we have a hat trick! All three of the Thirdsdays have been a hit! Lots of fresh new faces at this one, all of whom were jammin’ just like the regulars. Not to mention, mother nature supplied the perfect background with that crazy thunderstorm. Thirdsday was the best rainy day activity by far!

Kole Sievert, the singer for Stone Kole’d’s interaction with the band and audience clearly displayed her passion for music. The “melody,” as Kole referred to it, definitely stole the show! The melody mashup combined short bits of songs from Cher: If I Could Turn Back Time & Bare Naked Ladies: One Week. This gal can sing any genre of music and kill it! Bringing it back to good ole east Tennessee by singing the great Dolly Parton’s Jolene, the set supported local, just what SoKnox Studios loves.

Next up were The Jank, some slick dudes in their suits and sunglasses. No lyrics needed when music is this good. Some of their surf-inspired set includes: Uprising, A go go guitar, Guadalajara, and Rumble. Rumble can be caught on PsychoBrainfood’s  WDVX set “Rumble” as the introduction song. Leave it to Doug Lauderdale to make the power go out during The Jank’s set with his request to have Rumble played one last time. Catch you music lovers next time for the fourth Thirdsday! Thank you all for your support! Don’t forget to go like our Facebook page SoKnox Studios.

Many believe in this day and age that a professional recording can be captured in a home recording studio. While home studios can serve a valid purpose for capturing ideas on the fly, many are unequipped with the tools needed to create a broadly respectable recording that out-of-home studios offer

What does a pro studio offer that home recording studios cannot?

“Getting the right sound at the source is most important. Then adding dimension, depth, and atmosphere so the listener can almost see the sound is the end goal!”        – Tim High